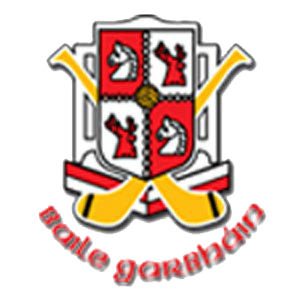 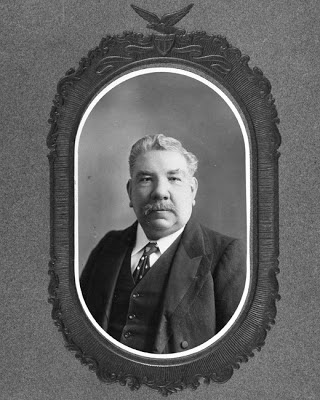 The Story of Liam MacCarthy

Liam MacCarthy was born in London on the 21st May 1853 being the first son. Like his father, Liam loved sport particularly athletics, and growing up in the confines of this Irish community he took naturally to the national games and at the age of 14 he was playing hurling on Clapham Common. He earned his living as a blacksmith's hammerman working on the railways as a signals fitter.

In 1875, aged 22 years, whilst residing at 1 Derwent Street, Peckham, Liam married Alice Padbury at St. George's Cathedral, Southwark. Alice was the thirteenth child of William Padbury who owned a Fancy Box factory at 176 Blackfriars Road, Southwark. Liam joined the firm but did not get on with his in-laws. Eventually, however, he broke away and with the help of his wife and his eldest son, William, the MacCarthys started making cardboard boxes on their kitchen table. The family consisted of four boys, William Eugene (17th February 1878, Edward Dineen (13th April 1880), Francis Joseph (30th August) and Eugene (30th August 1892). The family attended mass at the Friary, Peckham where the four boys first attended school. The box-making business progressed and was separated from the family's living accommodation when it was moved to 48 Haymerle Road, Peckham, where it was called St. Brigid's Works.

Apart from his sporting activities and the box-making business, Liam also took a very keen interest in local affairs and became councillor for the NorthWard, Peckham. There was a large Irish community in this area and Liam promoted Irish sporting and social activities wherever he could. The family had now moved to 48a Forest Hill Road, East Dulwich, SE 23 and his home was a meeting place for many Irish emigrants seeking a place to stay or a job. In the connection he became friendly with Michael Collins who was Secretary of the London G.A.A. whilst Liam was chairman of the London County Board, a position he held for over 10 years. He had also joined the I.R.B. and both he and his son, Eugene, were members of the London Irish Volunteers. He was also Vice-President of the Gaelic League and President of the Irish Athletic Association. In 1915 a meeting of the Irish Volunteers was called under his chairmanship to discuss conscription. Michael Collins was present and although the Chairman in his capacity of London County Councillor was in no position to advise on conscription evasion, he nevertheless left one of his hearers in no doubt. "If you come from Clonakilty it is obvious where you must go" he said.

In conjunction with his two sons, William and Eugene, Liam donated a sum of £50 for the purchase of ten Certificates in the Irish Loan set up by Michael Collins (the London treasurer of which was Liam MacCarthy). When the loan was redeemed Liam used the money for the purchase of a silver cup based on the design of an ancient Gaelic Meither (Irish loving cup). This cup was offered to the Central Council of the G.A.A. at Croke Park, Dublin and was gratefully accepted as the trophy awarded annually, and in all perpetuity to the winners of the Senior All-Ireland Hurling Championship, to be known as the Liam MacCarthy Cup. Official acceptance of the offer of the All-Ireland Hurling Cup by Luke O'Toole of the G.A.A. is as follows:

Your very kind letter to hand. I placed your offer re presentation of Cup before Congress and it was agreed the Cup should go as a perpetual Cup to the winners of the All-Ireland Hurling. Congress on the motion of J.M. (illegible) tenders you the thanks of the Gaelic Association for your very kind and generous presentation. If you so desire I will order it engraved for you provided you give me an idea of the contemplated cost. Seamus Nowlan, Dan McCarthy, M.J. Crowe, Dan Fraher, Pat McGrath, John McCarthy, J.J. Keane, A.C. Harty, W. Hanrahan all desire to be remembered to you. Need I say how delighted I felt on reading your letter. Yes, I have been adding to the population for some years past.......